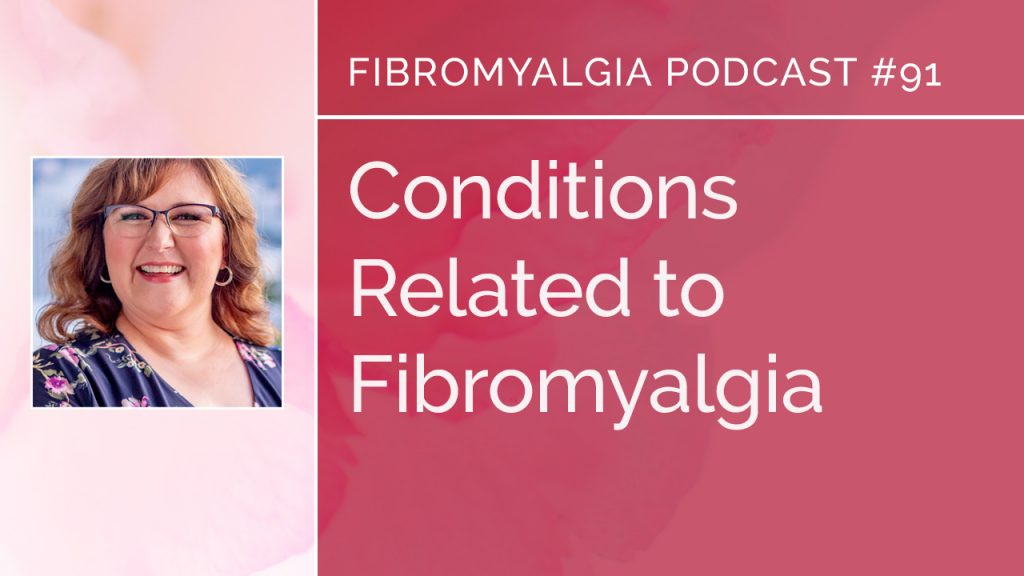 Many of the symptoms people blame on fibromyalgia are actually due to coexisting conditions.

Too many people go too long with the wrong diagnosis, taking inappropriate medications, and following unnecessary protocols because their provider didn’t identify the correct cause.

This topic came up a lot in the last cohort of Certified Fibromyalgia Advisor® training. As we went through the program, the students had many lightbulb moments and realized much more was happening than just fibromyalgia.

By getting to know fibromyalgia deeply, it becomes a lot easier to spot when those symptoms are from something else.

After living with fibromyalgia since 2007 and being a coach for over ten years, Tami often picks up clues in client conversations that indicate something else is going on. Today, she’s sharing a brief overview of some of the most common conditions that tend to get overlooked after someone has been diagnosed with fibromyalgia.

In this episode, Tami talks about how she spots the clues that something else is at play, the problem with the lack of training about fibromyalgia in medical school, symptoms of other conditions often get blamed on fibromyalgia, why it’s critical to identify and address the root cause of your symptoms correctly, clues she typically sees that suggest Ehlers-Danlos syndromes (EDS), respiratory issues, Sjogren’s syndrome, sleep apnea, thyroid conditions, lupus, mast cell activation syndrome (MCAS), multiple sclerosis (MS), Parkinson’s disease, neuropathy, and other common conditions we see alongside fibromyalgia, why testing TSH alone isn’t enough to assess your thyroid function, what you need to know about chronic fatigue syndrome/ME and fibromyalgia, viruses and bacterial infections that have similar symptoms to fibromyalgia, and more.

Note: This episode is not meant to be medical advice. Every person and every situation is unique. The information you learn in this episode should be shared and discussed with your own healthcare providers.

“Best Fibro Podcast!
I have listened to several podcasts on fibromyalgia and felt like I was wasting my time. Then I came across yours and I became hooked! I work swing shifts and when I’m working overnights I listen all night long! The fact that you post notes makes it all the better! Thank you!”